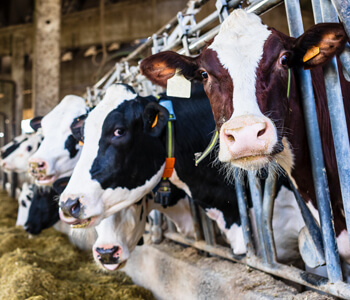 Now is the time to start implementing your fly control program. Practicing good sanitation, maintaining building repairs and utilizing baits and traps such as those in the Starbar line of products, in conjunction with ClariFly Larvicide, can significantly decrease fly populations and can be used for your young calves all the way to the lactating animals with no milk withholding.

Fly free cattle are comfortable cattle. They stay on feed and are more productive. ClariFly Larvicide is a feed supplement that prevents house flies, stable flies, face flies, and horn flies from developing in and emerging from the manure of treated cattle. ClariFly works by interrupting the fly’s life cycle, rather than through direct toxicity. Adding ClariFly to feed as part of an Integrated Pest Management Program can safely increase your operation’s bottom line.

Flies are not just a nuisance for livestock and people. House flies have been implicated in the transmission of 65 disease organisms, such as the bacteria that causes mastitis. One house fly can deposit 150 eggs at a time, breeding in fresh manure, compost, spilled feed or wet organic matter, which makes sanitation a very important part of your fly control program.

The economic injury level of the stable fly is when the fly population reaches about five flies per leg. The stable flies are blood feeders and inflict a painful bite that has been shown to reduce feed efficiency and can influence milk production. An article put out by Central Life Sciences, states that the economic loss per animal from just five stable flies is $8.51 per animal per season, as the fly numbers increase so do the economic losses.

Face flies swarm the neck and face, feeding on the fluids and causing cattle irritation. Face flies have been implicated in the transmission of Moraxella bovis, a bacterium that is the primary causative agent of infectious keratoconjunctivitis (pinkeye). Costs associated with pinkeye from decreased weight gain, reduced milk production, and treatment are estimated to be $150 million in the U.S. alone.

Horn flies are also blood feeders and can take up to 30 blood meals per day causing irritation and affecting cattle comfort. The article says that the economic losses from the horn flies cost the North American cattle industry over $1 billion per year. These losses can be attributed to reduced weight gain, decreased feed efficiency and decreased milk yields caused by loss of blood and excessive energy expenditure to dislodge the flies. Based on the study it only takes 50 horn flies per animal to get to the economic threshold level.

As you can see from information in this article, flies can have a huge financial impact on your operation if left unchecked. ClariFly can be used on all classes of livestock from calves to lactating dairy cattle with no milk withholding. To get more information on a complete fly control program, contact your Premier Cooperative feed representative and they will help come up with the best options for your operation.